The hunt has begun for a consumer who needs not only to demonstrate all the advantages of 5G technologies but also to spur him on to further consumption of new products and services that are gradually beginning to appear on the market. We tried to analyze what messages are already being broadcast by technology brands and what are the key points of interaction between brands and consumers in the dialogue about the benefits of 5G?

On April 7, 2020, one of the largest Chinese e-commerce sites Jingdong Mobile premiered a video message  titled «吾准备好了» (I’m ready) this is a phrase repeated by the leaders of the largest mobile phone manufacturers in China after the introductory text about that the 5G era has arrived, and change is close. The very fact that industry competitors – including Xiaomi, Huawei, Honor, IQOO, realme, OnePlus (一 加), Black Shark (黑 鲨), OPPO, Meizu, Nubia (ZTE Nubia).

What was Jingdong Mobile counting on? Jingdong Mobile pioneered the “home of the 5G era phones” and spearheaded a single platform for selling phones from all key vendors. Such integrations are also distinguished by significant involvement, since not only Jingdong Mobile is responsible for the promotion in this case, but also all the vendors who took part in the creation of the video. And if a consumer wants to join that new and fantastic era of 5G, he knows where to go and which gadget to use.

Other e-commerce sites run similar campaigns with varying degrees of effectiveness. In April, Suning.com (苏宁 易 购) launched the promotion “Go to Suning for 5G: Replace your old phone with a new one and save even more!” (换 5G 上 苏宁 ： 以旧换新 省 更多！). In this case, supply creates demand.

Business is not limited exclusively to mobile phones – there is a consumer boom ahead for all kinds of gadgets for AR and VR, which will only grow. A visionary view of the future, of course, is represented by the Japanese – the Japanese telecommunications company NTT DOCOMO presented a video entitled “The Beginning of a New History” (新 し い 物語 の は じ ま り), in which it presented its vision of the future, in which 5G technologies become a part of everyday life. 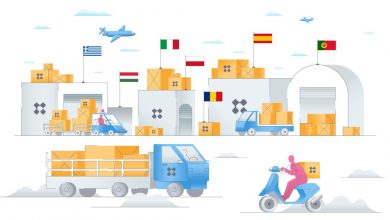