We have become so caught up on the financial value of cryptocurrencies and how they can enrich us that we have lost sight with the principles behind the concept of cryptocurrencies. If applied correctly, the blockchain phenomenon also refers to technical methodology and its application in fields other than finance! It can be used for a range of other tasks which are not directly related to economics; however, blockchain is like a puzzle in a compendium of encyclopedias.

It is important to understand that a blockchain is a digital ledger of transactions that is duplicated and distributed across the entire network of computer systems on a blockchain (transactions are recorded with a cryptographic signature known as a hash). It is a succession of blocks filled with entries that must be confirmed and encrypted to form a stored database. Each new block includes a hash of the previous one, chaining them together (the reason why distributed ledgers are sometimes called blockchains).

The advantages of blockchain technology are in the adding of new data (authorised users have access to encrypted, synchronised data [protection against tampering, fraud, and cybercrime]), it is a decentralised network, distributed ledgers, faster settlement, irreversibility (the data structure is add-on only), participants have access to a shared ledger (enhanced security), peer-to-peer network (peers connect with each other via blockchain identity keys and cryptographic keys [the number of keys used in the blockchain solution] and secure cryptographic protocols and certificate management [internal TLS certificates, external TLS certificates, and domain certificates]), protected cryptography to secure data ledgers, traceability of data, transparency, and verification without a third-party.  The disadvantages of blockchain technology are that it is complex to integrate, each node in the blockchain must participate for it to be a complete network (every transaction’s info must be stored and verified by each node [it slows the blockchain]), exposure to malicious attacks of data and technical failure of systems, high energy consumption, high implementation cost, it must be processed by all parties (each person must have a copy of the overall ledger), and it is large in size.

Due to its decentralised databases and platforms, blockchain can offer a resolution to the music industry. The way that the music industry is structured (such as recording industry copyrights and the dominance of recording labels) results in an arrangement that does not adequately compensate the artist. Blockchain technology can assist record companies to effortlessly trace music streams and instantly compensate all artists who contributed to albums or songs, aid venues to restrain forged tickets, and help track royalty fees so that musicians are able to receive reasonable royalty payments.

Blockchain technology is used for important blockchain applications such as anti-money laundering tracking systems, cross-border payments, music royalty tracking, personal identity security, real-time IoT operating systems, secure sharing of medical data, and supply chain and logistics monitoring. It is also used for projects such as identity management, smart contracts, and supply chain analysis. Once digital ledger technology receives the attention it deserves, it can be applied in many industries and are able to reform business processes. We can anticipate that governments will acknowledge digital ledger technology and utilise it to improve financial and public services. Its full potential remains to be discovered! 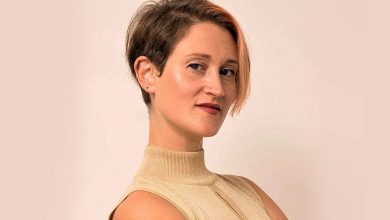