It is becoming increasingly difficult for startups to attract funding, and the funds that they manage to find in a crisis may not always be beneficial to the company. Join us as we analyze which investor conditions have become tougher in recent months, and why.

A term sheet is a list of conditions, and it is the main tool used in negotiations in the world of venture capital. This article specifies the conditions under which investors are willing to finance a startup. Working at investment and VC firm Digital Horizon, I study three to five term sheets every month, and here’s what I have noticed: since the beginning of the pandemic, many conditions have become much tougher. Entrepreneurs cannot always distinguish and spot non-standard conditions, especially if they are attracting investments for the first time.

Indeed, with the onset of any crisis, investors often become more cautious and try to protect their investments as much as possible in case the startup does not “take off”, as it is only natural for people to be conservative during troubling times. However, most players are well aware that the VC industry is one that bets on growth and is not afraid of taking risks.

According to the founder of Stride.VC venture fund Fred Destin, the fund’s return is generated mainly by investments in outstanding companies, and not due to aggressive term conditions. Therefore, it is important to remember that it is not required to agree to more stringent conditions because some of them may have unfavorable consequences in the long run.

To avoid problems with attracting new rounds in the future, let us look at how the basic conditions of the term sheet change during a crisis and what the consequences might be.

This point is the most vulnerable today, since the assessment of a startup is directly related to the state of the industry in which it operates. For example, even very promising travel companies are currently in a bad position: the industry has just stopped, with any return to normality seemingly years away. However, the problem may also concern even prosperous industries, with one example being the British neo-bank Monzo, which has recently attracted investments reflecting a stunning 40% drop in valuation.

The current crisis demonstrates approximately the same tendency as the Global Financial Crisis of 2008-2009, where company valuations fell by 15 to 30%. At the same time, most experts today agree that startups in later stages will again suffer the most this time. 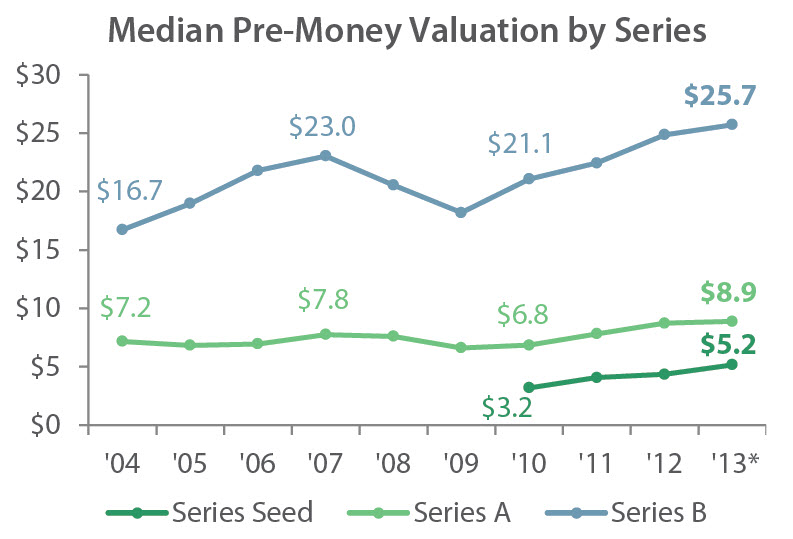 The decline in valuations today is dictated by current market conditions, and as market conditions will likely improve in the future, even if that might be a while yet, valuations won’t be in decline forever. Investors in the next rounds will clearly understand that a downturn occurred because of the COVID crisis, and not because of the problems of a particular company.

That said, some companies will have deeper problems exposed by the crisis, and may not survive as a result, but those that do survive often do so as stronger, better and leaner companies.

During such times as we are going through now, the main thing for startup founders to do when business is severely affected is to keep the startup afloat for a year or a year and a half. Because of this, we will likely see a lot of renewal rounds and convertible loans that can help bridge the operating gap. As a result, companies will issue greater numbers of  shares in different classes, for example, A + 1, A + 2 and others. Each new share type will be senior than the previous ones, which means that each time later investors will be able to receive better conditions than those who invested earlier, including the founders themselves.

On the one hand, there is nothing wrong with that because issuing senior shares even within the same round is a common practice. On the other hand, it is important not to overdo it with the number of stock classes, since a large number of classes can lead to errors in the future.

This term refers to the return on investment in case the business develops into the worst case scenario. The standard practice is when investors can return 1x, that is, exactly the amount that they have invested. More aggressive conditions such as 2x, 3x, etc. begin to be included in the term sheet more often when the situation with the exits of investors worsens in the market.

More aggressive conditions such as 2x, 3x, etc. begin to be included in the term sheet more often as investors can see potential worsening issues when trying to exit an investment. For example, potential investors may insist on the right of a return two to three times that of their initial investment.

In this case, you need to remember that in the next round, the founders will not be able to offer other future investors worse terms than were offered before. That is, the clause on the return of 2x or 3x on investments will still be transferred from one term sheet to another. As a result, it may turn out that when selling the company, the last investor will get everything, returning investments in a multiple volume, while the founders and investors of earlier stages get nothing.

Another example is the term called “Participation rights,” which implies that in addition to the return on invested funds, an investor will receive a part of the remaining proceeds in proportion to his or her share when selling the company. Although in recent years the number of investment deals with such a condition has been steadily declining, it’s worth remembering that during the past crisis, this type of condition was very popular. 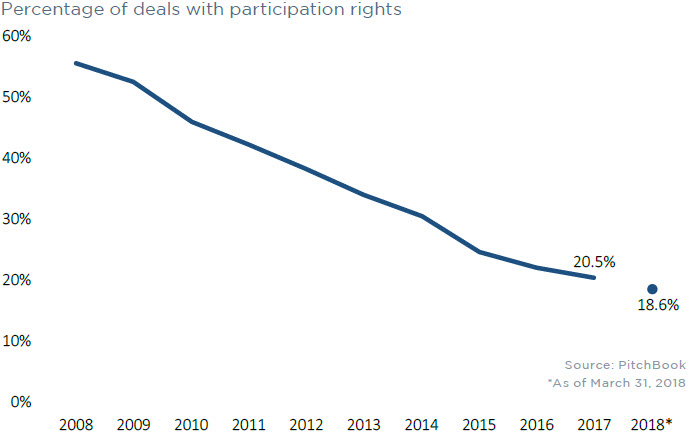 This term is especially important for founders. It should be remembered that “large liq pref rights” for early stage investors will automatically be transferred to later investors. As a result, founders risk getting only a small part of the sale of the company or not raising money at all in future rounds.

If the company’s valuation decreases in the next round, the anti-dilution provision gives the investor the right to “recalculate” his or her share in the company in the previous round according to the new price. For these cases, the preferred share to common share conversion ratio is usually used.

If everything goes well, then at the moment of liquidity, investors convert their preferred shares to common shares with a factor of 1x. But let’s say that one of the rounds was down round and anti-dilution was applied. In this case, the conversion ratio can be >1x. Consequently, the founders of the company and holders of ordinary shares will be more affected by the dilution of shares.

In the term sheet, you can find different options for anti-dilution. For example, a weighted average (WA) means fixing the average value of the estimate decrease, while full ratchet (FR) means full compensation for the share drop.

With WA, in a down round, the coefficient is calculated using a special formula that takes into account the size of the current and past rounds. In general, this instrument will help investors to adjust their stake in the company which decreased by dilution. The latter FR is a tougher option, because it recalculates the share price without taking into account the volume of the current round. With this approach, the investor’s share will be recalculated at a new price. The data for 2008-2009 shows that the use of the full ratchet option increased during the previous crisis.

If the company’s valuation drops in the next round, and the startup offers its shares at a cheaper price than before, early investors will be at a loss. Let’s say that 1 million round A preferred shares worth $2 each were issued in round A. Then, in round B, the company plans to issue another 1 million, but its Round B preferred shares are already worth $1 each. As a result, the share price of early investors would be halved.

To reduce the losses of investors, the term sheet introduces conditions that provide protection against dilution, known as “anti-dilution”. These conditions affect the proportion in which shares of different classes will be converted in the next rounds.

There are two main approaches to anti-dilution:

1. Full ratchet: old shares are converted in such a proportion that investors stock repriced fully accorging new round price. In our example, stocks will be converted 1:2.

Full ratchet is a rather stringent and severe condition, since in this case the share of startup founders is more diluted. Data for 2008-2009 shows that in the previous crisis, the use of this particular anti-dilution option increased.

Fig. 5 – The use of different types of anti-dilution in investment transactions in Silicon Valley in 2008-2009. Source: Fenwick & West.

2. Weighted average – a softer option to protect the interests of early investors. For our example, the calculation will look like this:

where CP2 is the conversion price of shares issued on Round A, immediately after Round B;

CP1 is the conversion price of shares issued in round A before round B;

A is the number of ordinary shares of round A;

B is the amount received by the company for shares in round B divided by CP1;

C is the number of new shares issued in Round B.

Usually this term looks standard: the type of dividend depends on the type of shares. It means holders of preferred shares receive fixed return vs holders of ordinary shares. But here too, some investors can be safe in the event of a negative scenario, if they indicate in the term sheet that preferred dividends should be cumulative.

Cumulative dividends are used to reduce investor risks along with liq pref, but their size should be reasonable.

Sometimes the investor indicates in the agreement his or her right to demand that the company buys back shares from them after a certain time. However, buybacks can only be applied in limited cases, so they are rare. You might even call this point a non-market practice that is best avoided.

Pay to play (obligation to participate in the following rounds)

Usually such a condition or term is proposed by investors of later stages. This way they push early investors to invest further, otherwise they will lose their stake in the company. However, the “Pay to Play” clause is sometimes used by early investors themselves if they want to change the distribution of shares in a company. This approach became popular during the crisis of the early 2000s, when the dot-com bubble burst.

For the founder, this clause does not pose any particular threat, since it applies only to owners of preferred shares.

In general, the tightening of the terms of the deal is contrary to the spirit of the venture market: the venture ecosystem is interested in the startup’s growth. The key task of investors is to find a company that will generate 10x of invested capital, and not to insure themselves in case of failure, because even the toughest liq pref can bring only 3x return, in addition to unwanted attention on the market. We saw many cases when a startup had difficulties, but thanks to the perseverance of the founder and the support of investors, ended up becoming industry leaders. 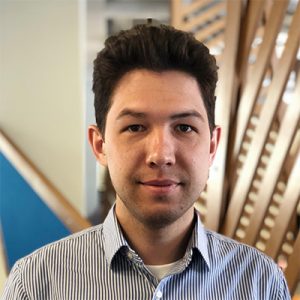 Denis Kuznetsov is a senior associate at VC venture firm Digital Horizon, where he focuses on late seed and Round A B2B software and fintech startups. His selected investments in startups include Bnext, Cuvva, Mel Science, Lemonade and Market Beyond.

The Evolution of Chatbots to Conversational AI

My secret weapon in scaling up your marketing game

It takes a community to build a business

The Evolution of Chatbots to Conversational AI

My secret weapon in scaling up your marketing game

It takes a community to build a business 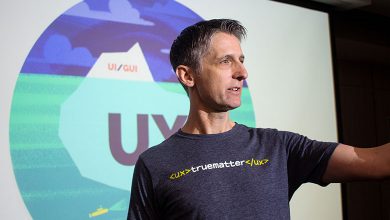 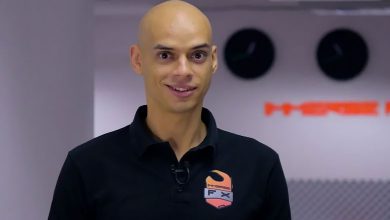 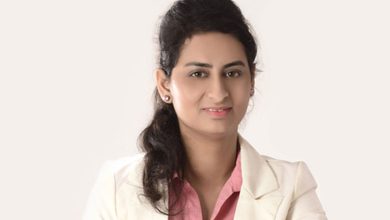 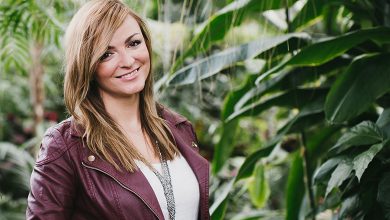 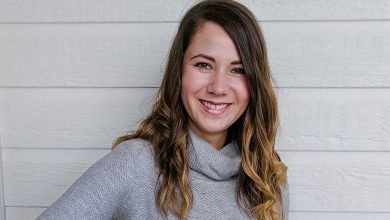 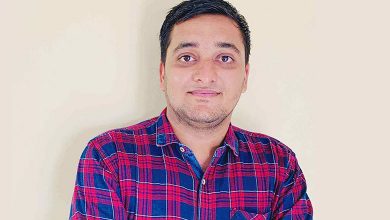