Europe’s union continent is perhaps famous for its euro currency and Schengen free travel area, but the EU is more than that. After all, the United Kingdom (which left the EU this year), was never part of the euro currency or Schengen Area. European countries started to collaborate economically since 1951 when Belgium, France, Luxembourg, Germany, Italy, and the Netherlands participated. The European Union was founded in Maastricht, Netherlands towards the end of 1993. What really unites the EU countries is an eco-political union tied by a set of laws. Albania, Belarus, Bosnia and Herzegovina, Kosovo, Macedonia, Moldova, Norway, Russia, Serbia, Switzerland, and the Ukraine are within Europe (or the EU zone), but they are not members of the EU. Why not?

Although Albania has been a ‘potential candidate’ for membership (since 2000), it has been an ‘official candidate’ for EU appointment since 2014. During 1949, Albania signed the North Atlantic Alliance (better known as the North Atlantic Treaty Organisation (NATO), which is the intergovernmental military alliance between 30 European and North American countries. Bosnia and Herzegovina have been recognised as a ‘potential candidate’ since 2003, but only formally applied for membership during 2016 (it is still waiting for a response from the EU Council). Kosovo officially announced its independence from Serbia during 2008; at present, it is a budding candidate (steadily incorporating its social, economic, and legal systems with that of the European Union for future inclusion). Belarus has been excluded from the EU’s European Neighbourhood Policy (ENP), which is the relations instrument with the countries around it. Macedonia has been a nominee for membership since 2005 (Macedonia applied for membership during 2004 and is presently on the Union’s schedule). There are 2 reasons why Macedonia’s appointment has been halted. Firstly, Greece opposed its name (and the EU’s reference to it as the ‘former Yugoslav Republic of Macedonia’). Secondly, Bulgaria (a member of the EU) does not recognise the people of Macedonia as a different ethnic group. Serbia officially applied for succession during 2009 (received full candidate status during 2012), but is yet to be permitted as a member of the EU. Moldova (although not a member) is associated with the EU by way of the European Neighbourhood Policy. Norway and the Ukraine are not members of the union, but function directly with it. Russia is in competition with the EU.

This measure excludes the countries that are not within the European zone. So, let’s look at the global smart countries based on students’ math and science test scores. The Organization for Economic Cooperation and Development (OECD) outlined its economic findings in a report (formally presented at the World Education Forum in South Korea). According to this report, Singapore is the smartest country in the world (followed by Hong Kong, South Korea, Japan and Taiwan (at a tie), Finland, Estonia, Switzerland, Netherlands and Canada in the top 10; eleven to 20 respectively is Poland, Vietnam, Germany, Australia, Ireland, Belgium, New Zealand, Slovenia, Austria, and the United Kingdom).

Of the 76 countries in the report, the top half is dominated by Asian countries and European countries take up most of the rankings between 5 and 30. Twenty-one to 30 (still in the top half) is the Czech Republic, Denmark, France, Latvia, Norway, Luxembourg, Spain, Italy and the United States (at a tie), and Portugal. From 31 to 49 are Lithuania, Hungary, Iceland, Russia, Sweden, Croatia, the Slovak Republic, Ukraine, Israel, Greece, Turkey, Serbia, Bulgaria, Romania, the United Arab Emirates, Cyprus, Thailand, Chile, and Kazakhstan.

Now that you know where your country is ranked, I tend to differ as to what one should measure as being smart. It should not only be based on students’ math and science test scores, but incorporate which countries promote green living. A fairer measure of smart cities would be to base the score on countries that promote green living in an attempt to save the planet.

In a series of TED Talks, speakers have come out with a unanimous voice for energy preservation. Christiana Figueres, Tom Rivett-Carnac, Mary Robinson, Gavin Schmidt, Ray Anderson, John Doerr, David Green, and Juan Enriquez are the speakers whom I will be quoting. ‘Impossible is an attitude not a fact. If your job was to save the planet, will you panic? Change the tone of conversations into optimism. The governments have come to a decision; from the impossible to the unstoppable’ (Christiana – in her 2016 TED Talk on the inside story of the Paris climate agreement); ‘Move beyond the powerless, come out of the pandemic and rebuild the world’ (Tom); Ireland is a country benefiting from the EU. The island was going under water – because of climate change. Don’t underestimate the importance of climate change – it is the greatest threat. Live in harmony with mother earth. It is the greatest challenge to humanity’ (Mary); ‘If we had observations of the future, we would trust them more than models. What is the use of having developed a science that can make predictions, if all we are willing to do is to stand around and wait for the prediction to come true?’ (Gavin); ‘The business logic of sustainability is to lead humankind out of this mess. Unless somebody leads nobody will’ (Ray); All the best policies are not enough. There is a time when panic is the appropriate response. Reduce energy consumption! Going green is the largest opportunity. Go green like Walmart. Think outside the box. If you do, you can look forward to the conversation you will have with your child in 20 years’ (John); Take a critical look at geoengineering against climate crisis – emissions are growing faster than predicted models. Geoengineering instead of mitigation – use it as rift control’ (David); ‘Start thinking about biology entering energy. The unstable oil prices keep bioenergy from happening’ (Juan – in using biology to rethink the energy challenge).

When Christiana Figueres was approached by the United Nations Framework Convention on Climate Change (UNFCCC) in December 2015 to lead the Paris, France climate conference (COP21) she thought it would be impossible to convince the representatives of 195 countries to negotiate on how to decrease climate change. Not only did she turn her skepticism into optimism, but helped the world achieve the most important climate agreement in history. The governments of countries accepted the responsibilities of cities, financial institutions, sub-national governments, the private sector, and societies to adapt, finance, and improve greenhouse gas emissions (carbon emissions). Adoption of the Paris Agreement by the EU and its member states (the UN) legally brought global countries together in an attempt to prevent the global temperature from rising above 2 degrees Celsius at the end of the century and fight the phenomenon of global warming. During October 2016, the EU formally approved the agreement (symbolising about 55% of global greenhouse gas emissions). What would you do if your task was to save the planet? 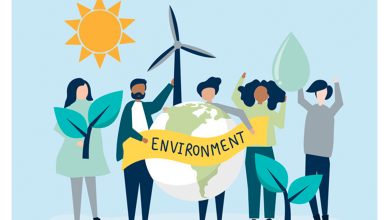 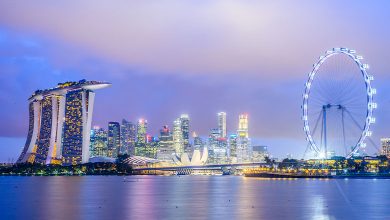 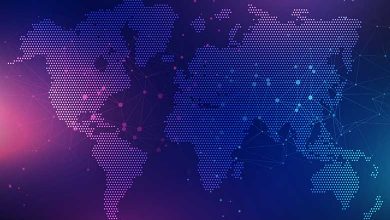 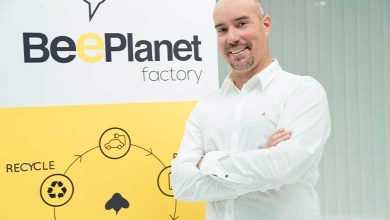